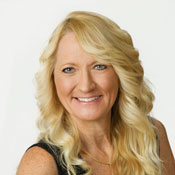 With more than two decades of experience as a Paralegal, Colleen has worked closely within the rural telecommunications industry at firms specializing in telecommunications law. In prior paralegal positions and for more than a decade, she previously assisted the current partners of Herman & Whiteaker. She brings to Herman & Whiteaker her years of experience with respect to Federal Communications Commission research and filings, transactional matters, licensing information, auction filings, antenna siting, FAA documentation, and hearing aid compatibility reporting and other various regulatory and compliance deadlines. She is knowledgeable with the FCC’s and USAC’s online electronic systems.

Colleen holds a BA from Allegheny College in Meadville, PA, received her Paralegal Certification from Penn State University’s ABA approved program, and is a Notary Public in the State of Maryland.

Soon to be an empty-nester, Colleen keeps busy with her four daughters, a granddaughter, and four dogs (long story), and rooting for her beloved Pittsburgh Steelers in her adopted hometown of Annapolis.